He pointed out that the final decision to ban the burqa will be arrived at after a proper study.

“We discussed in length regarding the banning of the burqa. We especially discussed the Easter Sunday attacks and the cultural changes that have occurred during the past 10-15 years.

For years, there were no issues regarding the acceptance [of Muslims] as Sri Lankans or coexistence. In recent times, cultural elements began to change.”

He added that the government is of the view that their decision should not be made in haste.

However, Minister of Public Security Rear Admiral (Retd) Sarath Weerasekara on Saturday (March 13) stated that he signed the Cabinet paper ordering the ban of the burqa and niqab in Sri Lanka.

Meanwhile, Pakistan’s High Commissioner to Sri Lanka Saad Khattak yesterday (March 15) tweeted his disappointment over the ‘likely-ban on the Niqab’ in Sri Lanka claiming that ‘it will only serve as injury to the feelings of ordinary Sri Lankan Muslims and Muslims across the globe’.

In reply, former Minister Rishad Bathiudeen appreciated the ambassador’s tweet regarding the ‘grievance of the Muslim community’ in Sri Lanka. 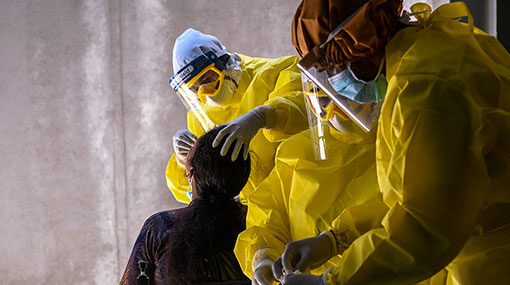